It is Your City Project

It's Your City Project

The idea for the "It's Your City" project stems from the desire to engage the community in a creative interactive project where children, teens, young adults, parents, grandparents, siblings, and partners can unleash their creative soul to create the city they want to live in and be a part of.

This project fosters creativity, participation, and interaction between the community, the creative process, and the artists. The canvases are prepared by the artist with many textures. The cityscape created will not only be created by participation, but the artwork itself will be touchable by everyone!

Canvases are laid out or hung. People come along and use their hands or spray bottles to cover the canvases with paint. The canvases would be used to construct a cityscape and iconic symbols from your city would be installed over top of the community canvases. It was in August of 2010 that I was able to have the opportunity to make this project a reality at the Find Your Spirit Festival in Harmony Square in Brantford. It was amazing!  I have since completed the project in Kitchener, Waterloo, Hamilton, and Mississauga.

What else makes this project special? The installation will be touchable. I really enjoy touch artwork, even though it is widely unacceptable. The idea of touchable artwork comes from the studying of Marshall McLuhan’s theory that the medium is the message. To fully understand and comprehend the artwork, the individual must interactive with the medium not only by sight, but by one of our strongest senses, touch.

Would you like me to come to your community or your festival?
Please contact me at lizzie_g_ca@hotmail.com 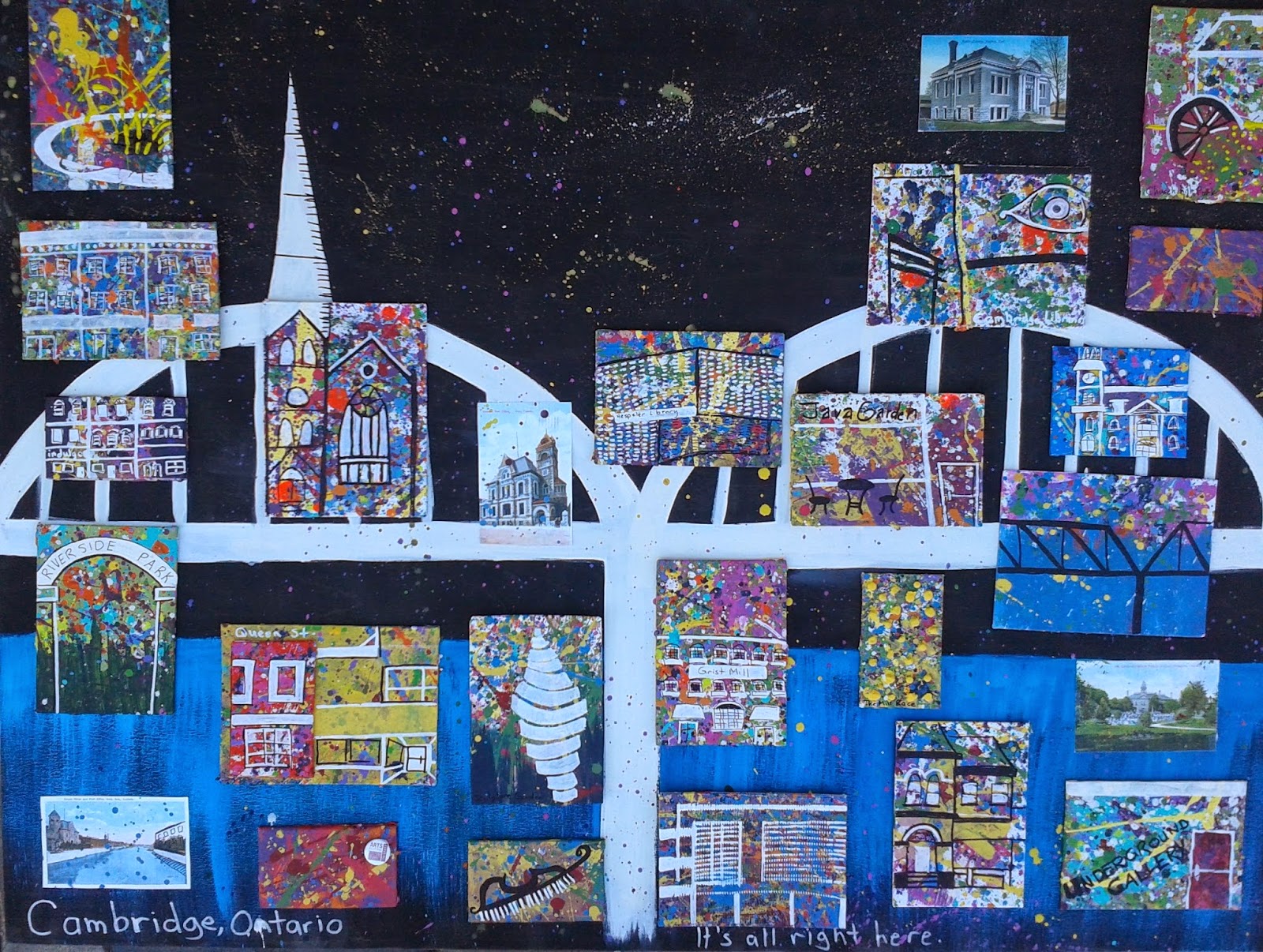 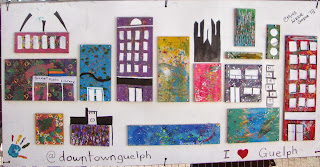 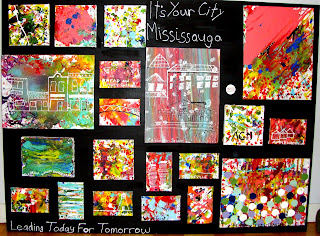 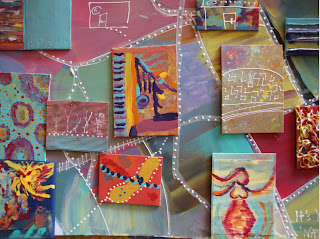 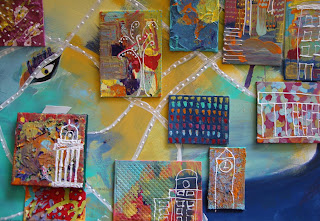 Its Your City Hamilton September 2010 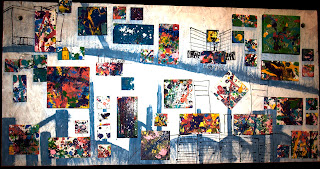 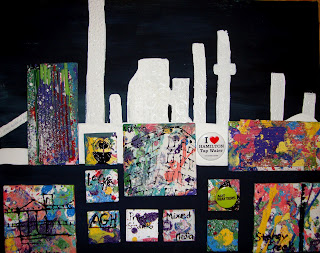 
It's Your City Brantford August 2010 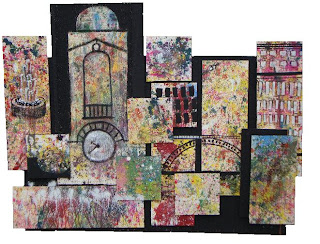 ABOUT THE IT'S YOUR CITY PROJECT

The theme of this installation is public interactive participation. Within the realm of painting, participation is limited to the painter and maybe sometimes the subject. By creating an installation piece that requires the participation from not only the artist, but the community, this barrier and convention is shattered.

It’s Your City Project fosters creativity, participation, and interaction between the community, the creative process, and the artist. The canvases will be prepared by texturizing them with various materials. Canvases are laid out on top of a drop cloth and tarps. The public will be asked to paint the canvases by using their hands, brushes, or spray bottles. The canvases would be used to construct a cityscape and iconic symbols from Toronto. The canvases would be installed over top of a single large canvas or board to create this cityscape.

Not only will the installation be create by participation, but the artwork itself will be touchable by children, teenagers, adults, people with visual impairments, and people with developmental disabilities. The idea of touchable artwork comes from the studying of Marshall McLuhan’s theory that the medium is the message. To fully understand and comprehend the artwork, the individual must interactive with the medium not only by sight, but by one of our strongest senses, touch.

In “One Dimensional Man”, Herbert Marcuse explores how industrialization has created a one-dimensional society with false needs, and one-dimensional thinking. However, artists are classified as the opposition, having the ability to use their creativity to fight against a uniformed thought. This ideology has changed the way I see paint as a creative tool, and to create art by breaking traditional, non-contemporary rules.

For so long, paint has been isolated to the painter and his canvas (whatever that may be). I first challenged this tradition by creating touchable artwork, where people can feel how the paint looks, and forever changing someone’s experience of the artwork they touch. I seek again to challenge this limited access of visual art by creating interactive public installations. This installation involves the use of people, their hands, their creativity, and working together as a community. It is here where the community becomes the painter, and the paint embodies the creativity thought of the community.

In 2007, I was at the Queen Sofia Arts Centre in Madrid Spain. I have lost my friends on the 4th floor around Picasso and Salvador Dali. I went to the basement exhibition space and there I discovered Los Cineticos. His artwork changed my opinion on the participation of the viewer. Los Cineticos’ works are like illusions, using light and multimedia to draw in the viewer. Depending on your angle each viewer saw something different. The viewer became the participant throughout the exhibit. One piece looked like plastic tubing hanging from the ceiling. People were walking through is and from the outside you saw one thing, but as a participant passing through the tubes you saw something else. The installation becomes interactive art. Being able to participate changed the piece each and every time someone new walked through it. From this exhibit I was inspired to have people to be actively involved in the process of creating art.

It also became important to have artwork which people can touch. We have all had the bodily urge to touch the works of Jackson Pollock or Yves Klein. It’s Your City projects are all touchable, and as a result, each and every time someone adds to it, or takes from it, they become a part of the artwork, and the artwork becomes a part of them.

Artwork is not permanent, it is destructible, and that is okay.